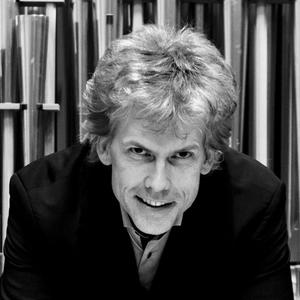 Hannfried Lucke was born in Freiburg im Breisgau. He received his musical training at the University of Music in Freiburg, the Mozarteum University in Salzburg and the Geneva Conservatory. He received a scholarship from the German Academic Exchange Service and was awarded first prize at the Geneva Conservatory, as well as a prize from the Austrian Minister of Science and Research.

He has given concerts and radio broadcasts in many European countries, as well as in the USA, Canada, Japan, Hong Kong and Australia. He has played numerous important organs and appeared at leading festivals, including the Wiener Festwochen, the Mecklenburg-Vorpommern Festival, the Royal Festival Hall London, St. Patrick’s Cathedral in New York, the Carmel Bach Festival, the Tanglewood Music Festival, the Suntory Hall in Tokyo and the Kyoto Concert Hall. His recordings, released on labels such as Thorofon, Mitra, Carus and Coviello Classics, have received various international awards.

Hannfried Lucke regularly gives masterclasses in Europe, the USA and Japan and is a jury member for various international organ competitions.