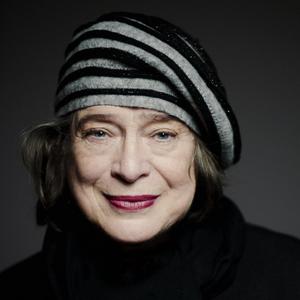 Elisabeth Leonskaja, the Russian pianist born in Tbilisi, has long been among the most celebrated pianists of our times. While still a student at the Moscow Conservatory, she won prizes at major international piano competitions, including the Enescu Prize, the Marguerite Long-Jacques Thibaud Competition and the Queen Elisabeth of Belgium Prize. Her musical development was decisively influenced by her collaboration and friendship with Sviatoslav Richter.

Leonskaja left the Soviet Union in 1978 and made Vienna her home. Since then, she has performed as soloist with the world’s finest orchestras and has worked with many renowned conductors. She is a regular guest at numerous international festivals, such as those in Vienna, Schleswig-Holstein, Schwarzenberg and Hohenems. Her name is also to be found among international recitalists in the most prominent piano series of major musical centers of the world from Paris to Vienna to Melbourne. In addition to her many solo engagements, chamber music remains an important part of her work.

Leonskaja’s most recent CD recording appeared on eaSonus (www.easonus.com). “Paris”, with works by Ravel, Enescu and Debussy, was named the Solo Recording of the Year 2014 by the ICMA Jury. “Saudade”, an homage to Russian culture with works by Tchaikovsky, Shostakovich and Rachmaninoff, was released in November 2017. A complete recording of Franz Schubert’s piano sonatas in two volumes of four CDs each has been available since April 2016 and May 2019 respectively. A double-CD with variations and sonatas by Robert Schumann followed in January 2020.

In her second homeland, Austria, she is an honorary member of the Vienna Konzerthaus. In 2006 she was awarded the Austrian Cross of Honor for Science and Art, First Class, for her outstanding service to the culture of the country. It is the highest award in Austria. In Georgia, she was named Priestess of Art in 2016, this country’s highest artistic honor. In 2020 she received the International Classical Music (ICMA) Lifetime Achievement Award.

We would like to encourage you to apply for the master classes with Elisabeth Leonskaja which will take place on the 12th of April in the Mozarteum University Salzburg.

All pianists who successfully applied for the 7th ClaviCologne Masterclasses and Academy and who wish to participate in Ms Leonskaja's workshop have time till the 6th of March 2022 to provide the organizers with a link of their performance of classical or romantic repertoire.The video recording should be uploaded on one of the commonly used video-sharing websites such as Youtube, Vimeo and so on. Please, send the link to the following e-mail address: festival@eufsc.eu

Based on the recording, the organizers will choose four candidates who will receive the opportunity to take part in Ms Leonskaja's open master class. The results of pre-selection will be announced on the 14th of March 2022.