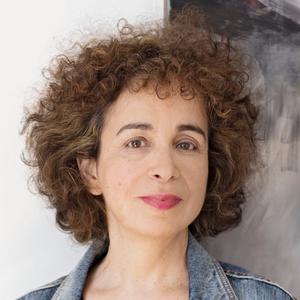 Yaara Tal was born in Israel. Her first concert appearance was at the age of seven. She was sponsored throughout her youth by the America-Israel-Foundation and studied the piano with Arie Vardi and composition with Abel Ehrlich and André Hajdu at the Rubin Academy in Tel Aviv. After graduation she continued to study in Germany, sponsored by the DAAD, with Hugo Steuer and Ludwig Hoffmann. Finally working with Peter Feuchtwanger had a great impact on her artistic development.

Her flexible musicality enabled her to establish herself with different formations and stylisticly on a broad field of activities. In the mid-1980s Yaara Tal decided also to team up with Andreas Groethuysen as a piano duo which over the years became the center of her artistic activities. Since then, the duo has performed regularly in most of the European countries, in Asia, North- and Southamerica.

The exclusive cooperation with the record company SONY CLASSICAL makes up an important part of their international success: The Duo Tal & Groethuysen has released more than 35 recordings of piano music for four hands and two pianos which have brought them great acclaim from critics and the public alike.

Their CD’s have won the coveted “Preis der Deutschen Schallplattenkritik” no less than eleven times, while the German Phono Academy has awarded its “Echo Klassik” prize (today the “Opus Klassik”) to six of their recordings, including the complete recordings of Schubert´s music for four hands and the complete Mozart piano duos. Other awards from outside Germany, such as the “Cannes Classical Award“, “Editor´s Choice“ by Gramophone and the “Supersonic Award“ reflect their high international reputation.

Yaara Tal has meanwhile released also a series of solo-recordings with SONY CLASSICAL featuring compositions by J. Haydn, F. X. Mozart, F.Chopin, Cl. Schumann, J.Brahms, L.Kirchner and recently a selection of fugues by several composers in the decades and centuries after J.S.Bach.