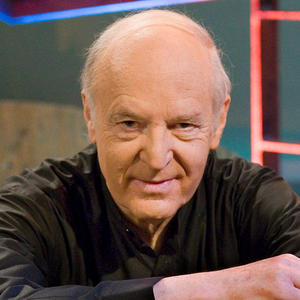 Arie Vardi is one of the greatest pianists of Israel. After winning the Chopin Competition in Israel and the Enescu Competition in Bucharest, he concerted world-wide as a soloist with nearly all major orchestras, amongst others under the direction of Paul Paray, Zubin Mehta, David Zinman and Kurt Masur. His repertoire includes the complete piano concerts of Bach and Mozart as well as the complete works of Debussy and Ravel. Many of his RCA CDs won international awards. Arie Vardi teaches as a professor at the Rubin Academy of Music / Tel Aviv University and since 1987 at the Hochschule für Musik und Theater Hannover (university for music and theatre Hanover). More than thirty of his students won first prices at major international competitions. As a juror, he is active in many important competitions, amongst others in in Bejing, Cleveland, Hamamatsu, Leeds, Milan, Moscow, Munich, Salt Lake City, Santander, Sydney, Tokyo, Vienna and Warsaw. Arie Vardi is the director of the Artur Rubinstein Competition in Tel Aviv.

We would like to encourage you to apply for the master classes with Professor Arie Vardi which will take place on the 7th of April at the Mozarteum University Salzburg.

All pianists who successfully applied for the 10th ClaviCologne Masterclasses and Academy and who wish to participate in the workshop with Professor Arie Vardi have time till the 27th of February 2023 to provide the organisers with a link to their performance of 2 completely different style music pieces. The video recording should be uploaded on one of the commonly used video-sharing websites such as Youtube, Vimeo, and so on. Please, send the link to the following e-mail address: coordinator@cmdievents.com

Based on the recording, the organizers will choose six candidates who will receive the opportunity to take part in Professor Arie Vardi’s open master class. The results of pre-selection will be announced on the 6th of March 2022.